Today, our morning was like all the rest once again. We woke up at 6:30, breakfast at 7:00, and on the bus by 7:45 to drive to the dock to board the boat. Both of the dives included a mix of a ship wreck, coral, and marine life. We were all extremely excited for today as we got to dive down to the Kittiwake.

With the help of the dive masters, I jumped in fast and descended to a max depth of 70 feet while swimming all around the ship. The USS Kittiwake is possibly one of the best known wreck dives in the world. Just off of Seven Mile Beach, the wreck’s shallow depths and plethora of marine life allows for its extreme popularity. This 251 foot ship is a Chanticleer-class submarine rescue ship launched in 1945 and decommissioned 1994. During its 49 years of service, the ship went on many missions but most are still classified; however, the sub recovered the Black Box from the disastrous Challenger space shuttle explosion in 1986. To be more accessible to scuba divers, they cut large holes in its hull and removed all doors, hatches, and other obstruction. In late 2017, Tropical Storm Nate hit the caymans and the Kittiwake. Although the wreck was undamaged for the most part, it now sits roughly at a 70 degree angle. Surrounding the ship, a multitude of garden eels are present. Garden eels live in burrows in the sea floor and their name derives from the practice of sticking their head out while hiding most of their body. Since they stay in groups, they tend to resemble the plants in a garden. Such presence attracts southern stingrays and eagle rays.

After boarding back onto the boat, we went to our second dive site by the name “Doc Poulson”, about 2 minutes away from Kittiwake. Named after the Cayman’s first diving doctor, this ship once a cable laying ship before being utilized for a artificial reef. At roughly 55 feet down in the Caribbean water, this ship wreck has been in the water much longer than Kittiwake, thus the greater amount of coral growing on the boat. During our safety stop, a friend of mine pointed out a barracuda in the distance. They are a large, predatory ray-finned fish notorious for its scary appearance and ferocious behavior. They reside near closer to the top of the water and near coral reefs. The have a snake-like appearance and are usually dark gray, dark green, white, or partially blue. Throughout the dive, I came across a variety of fish; however, none of them were new to me besides the barracuda. 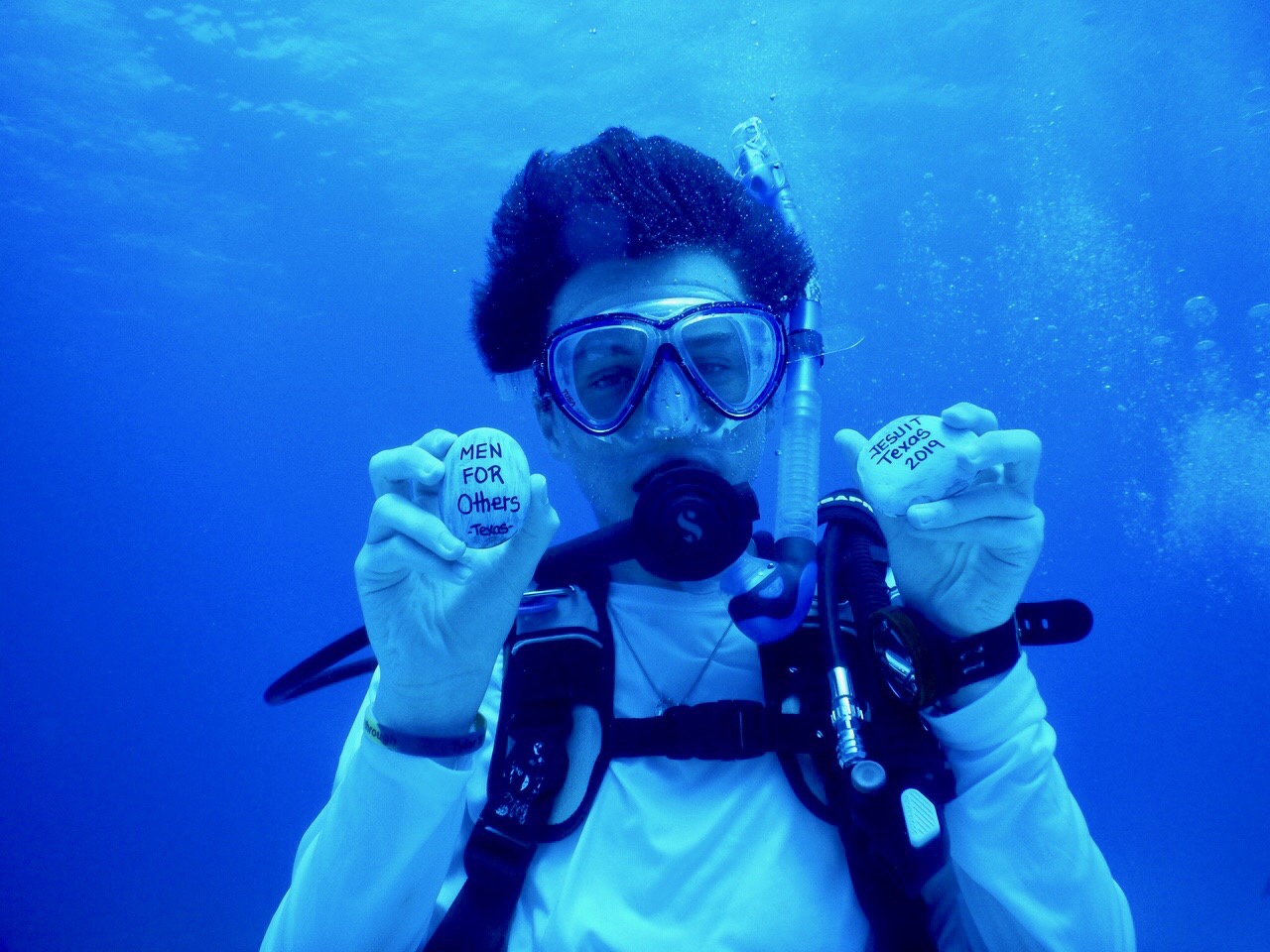 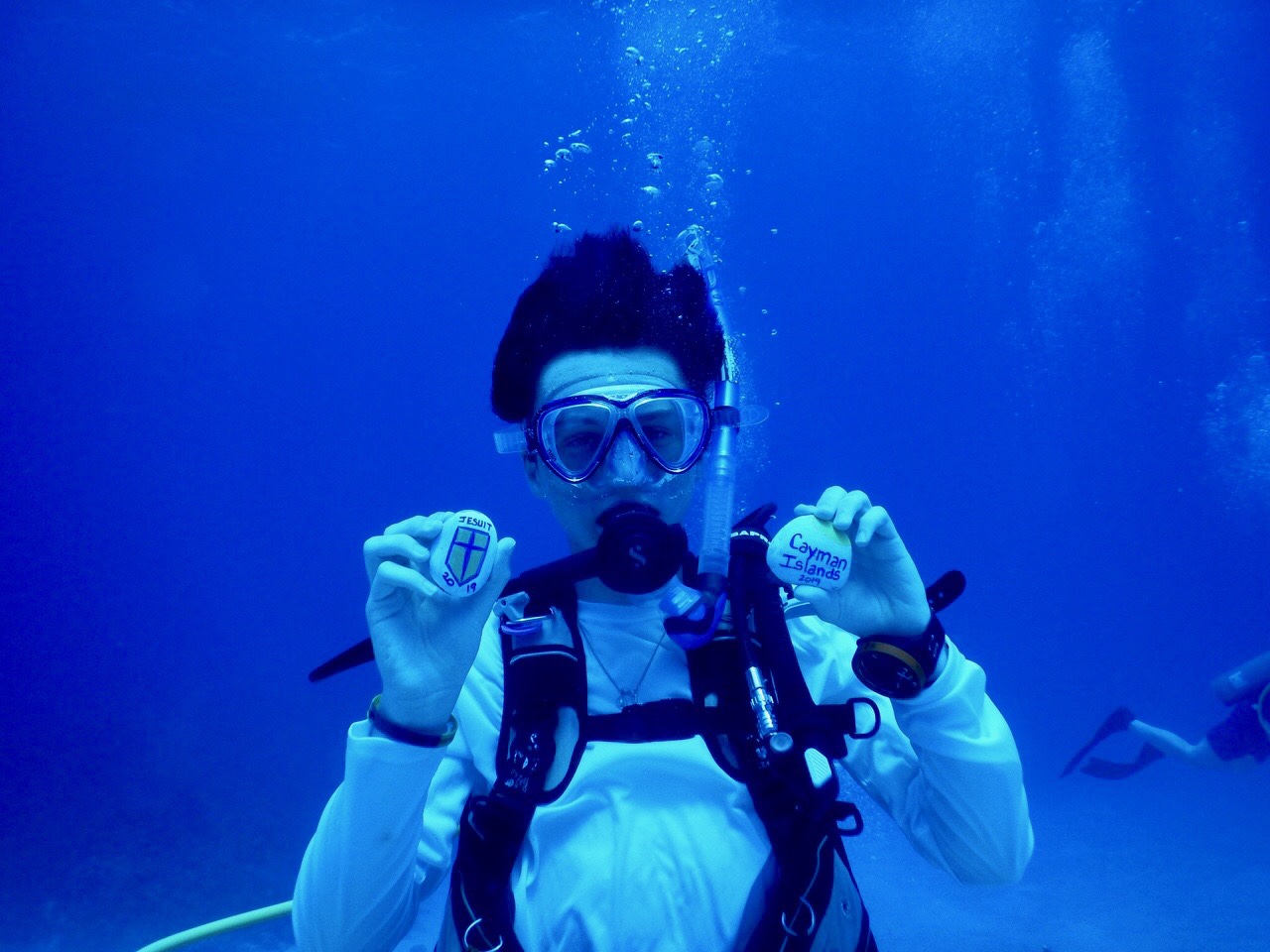 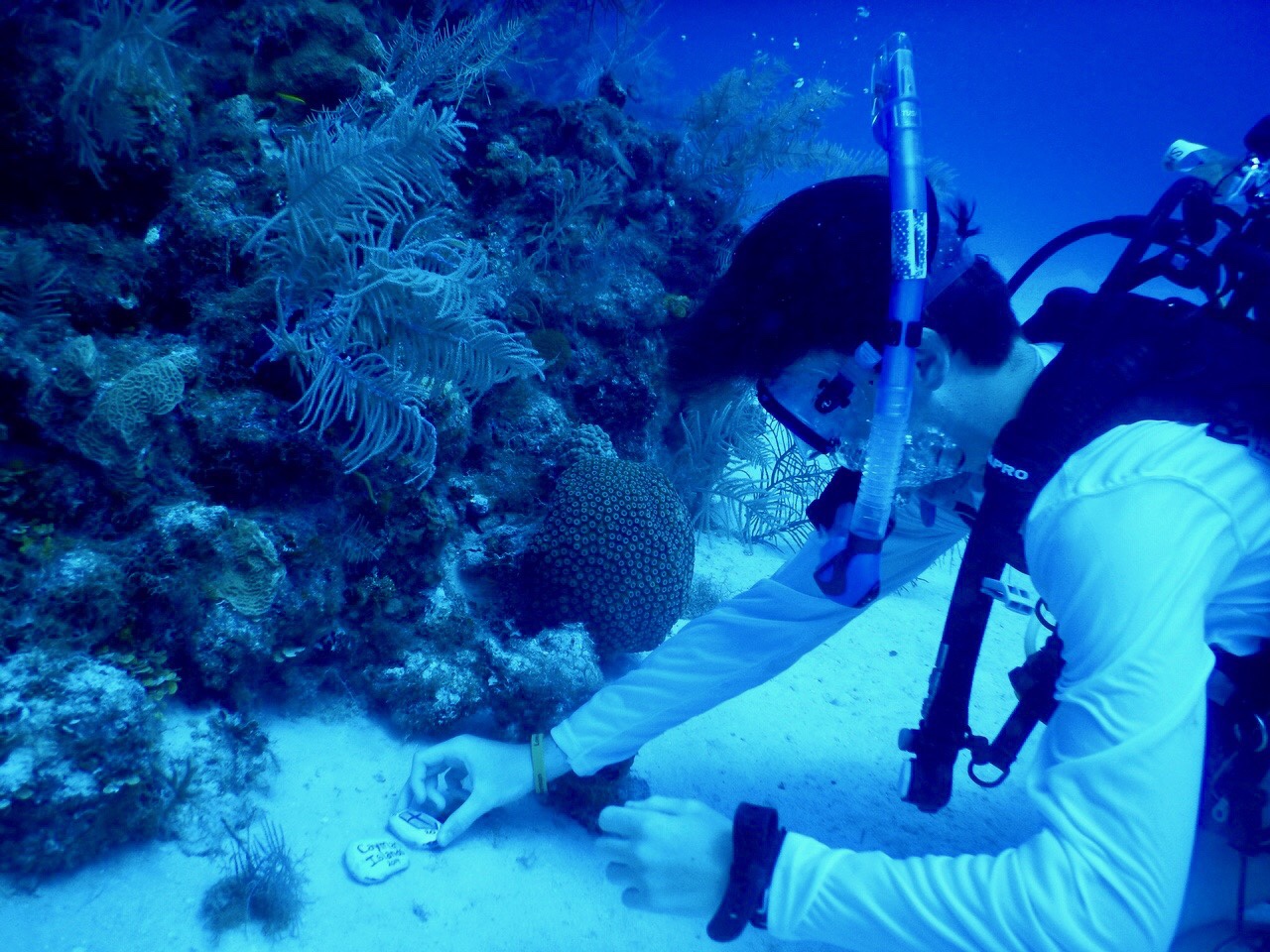 Shortly after lunch, we boarded the buses to go to a beach down to the road and pick up trash. With my two partners, Carlo Pier and Nico Boyd, we received a large trash bag and began heading down the beach in search of any trash. The majority of items we picked up were plastic trash such as bottles and bottle caps. It was alarming and eye-opening to the amount of trash a small beach could have.

After the beach cleanup, we had some down time to do what we want. With that time, my friends and I flew my drone over the ocean and up to 850 feet in the air. We were able to view the clear water and even across the island. It was awesome to get another perspective of above the island. Below are some of the pictures and videos I got. 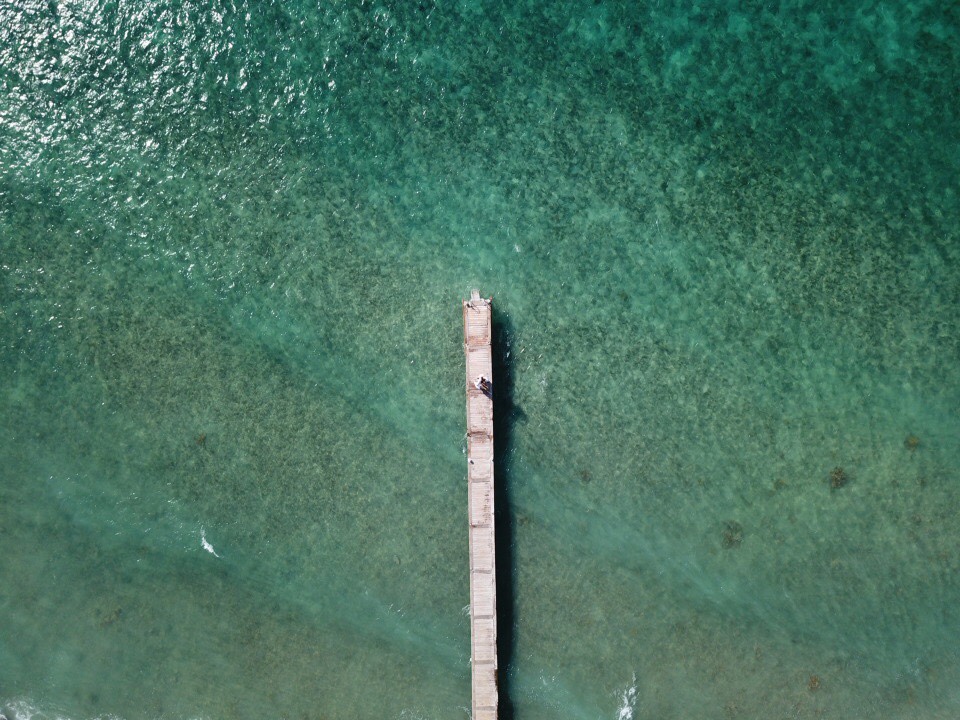 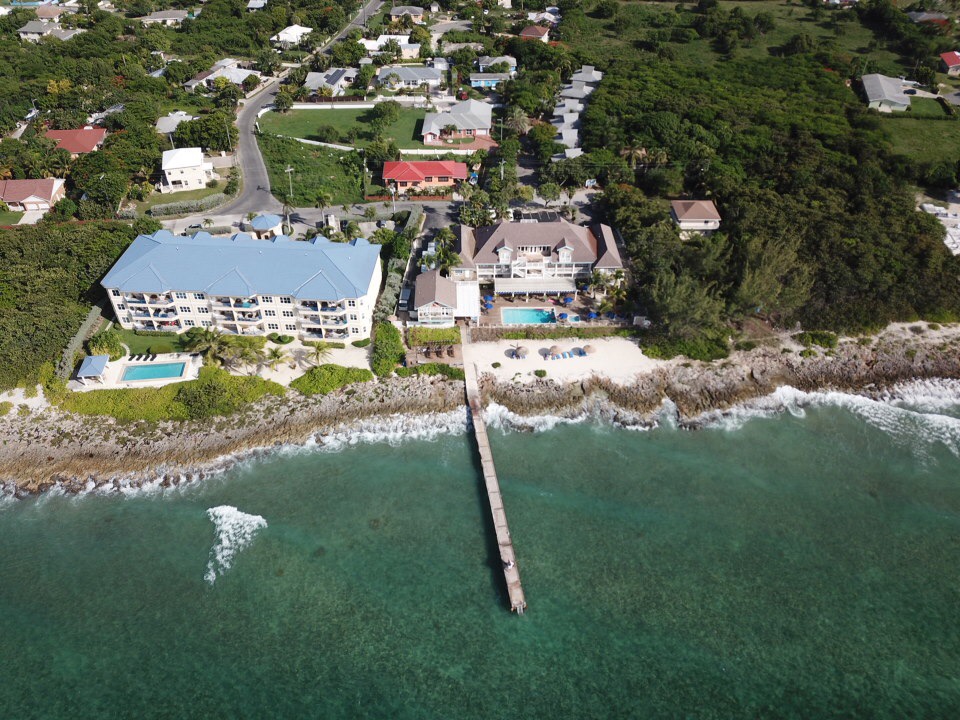