Day 6 had a very different agenda from our other dive filled days. We headed out to a beautiful white beach for a service project. We were going to attempt to provide a positive human impact on the ocean by picking up people’s trash and scattered marine debris. Once we were briefed on the days agenda the leader of the beach cleanup event said there was a prize to the one who picked up the most trash in a thirty minute time limit. To sum the competition up I blame my lost solely on the monk seal sighting. Basically if the monk seal wasn’t there I wouldn’t of spent precious trash picking time on watching an adorable animal sleep, and won the competition. For real though the monk seal sighting was a once in a lifetime kind of thing that I was lucky enough to experience twice. 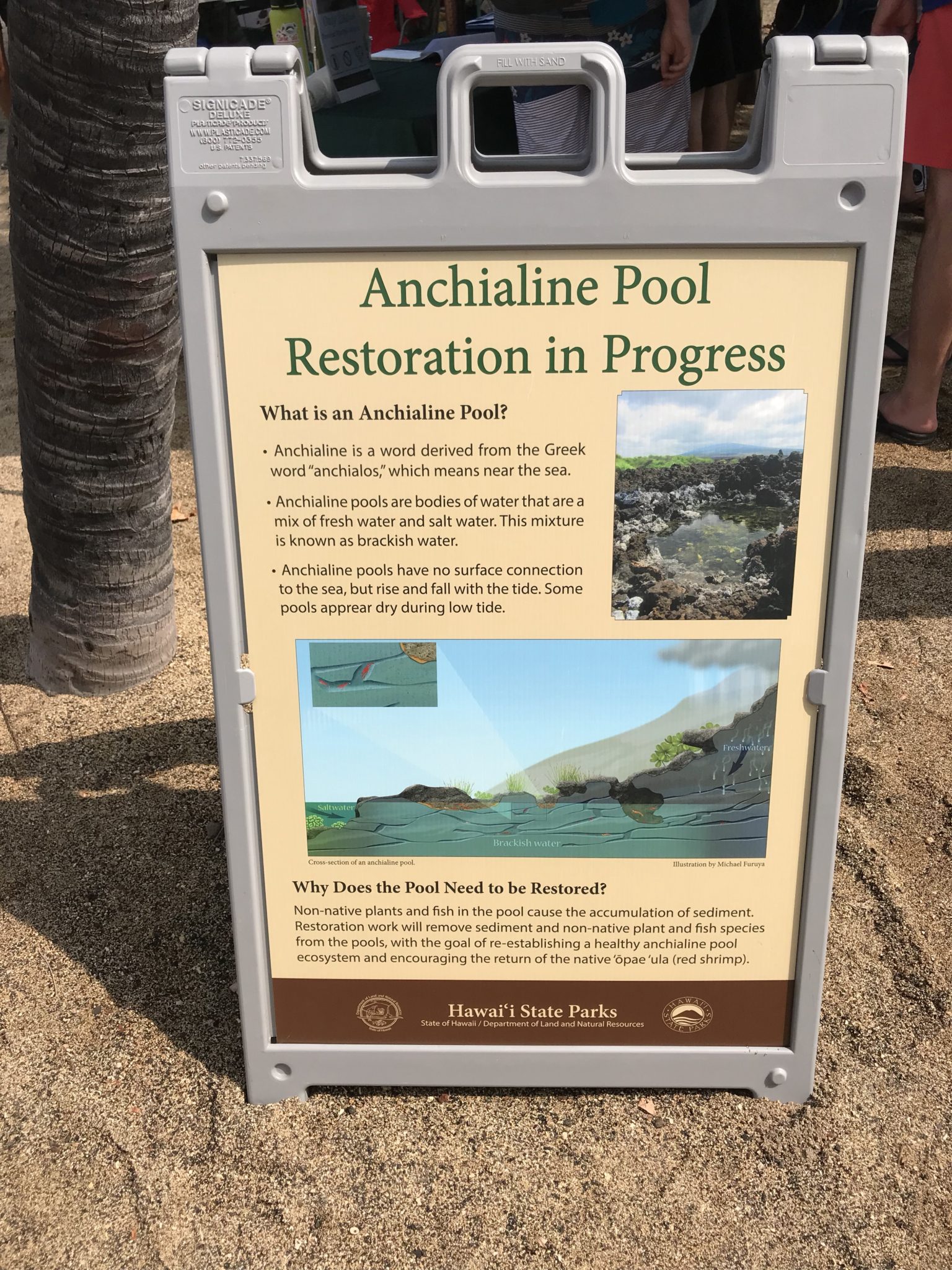 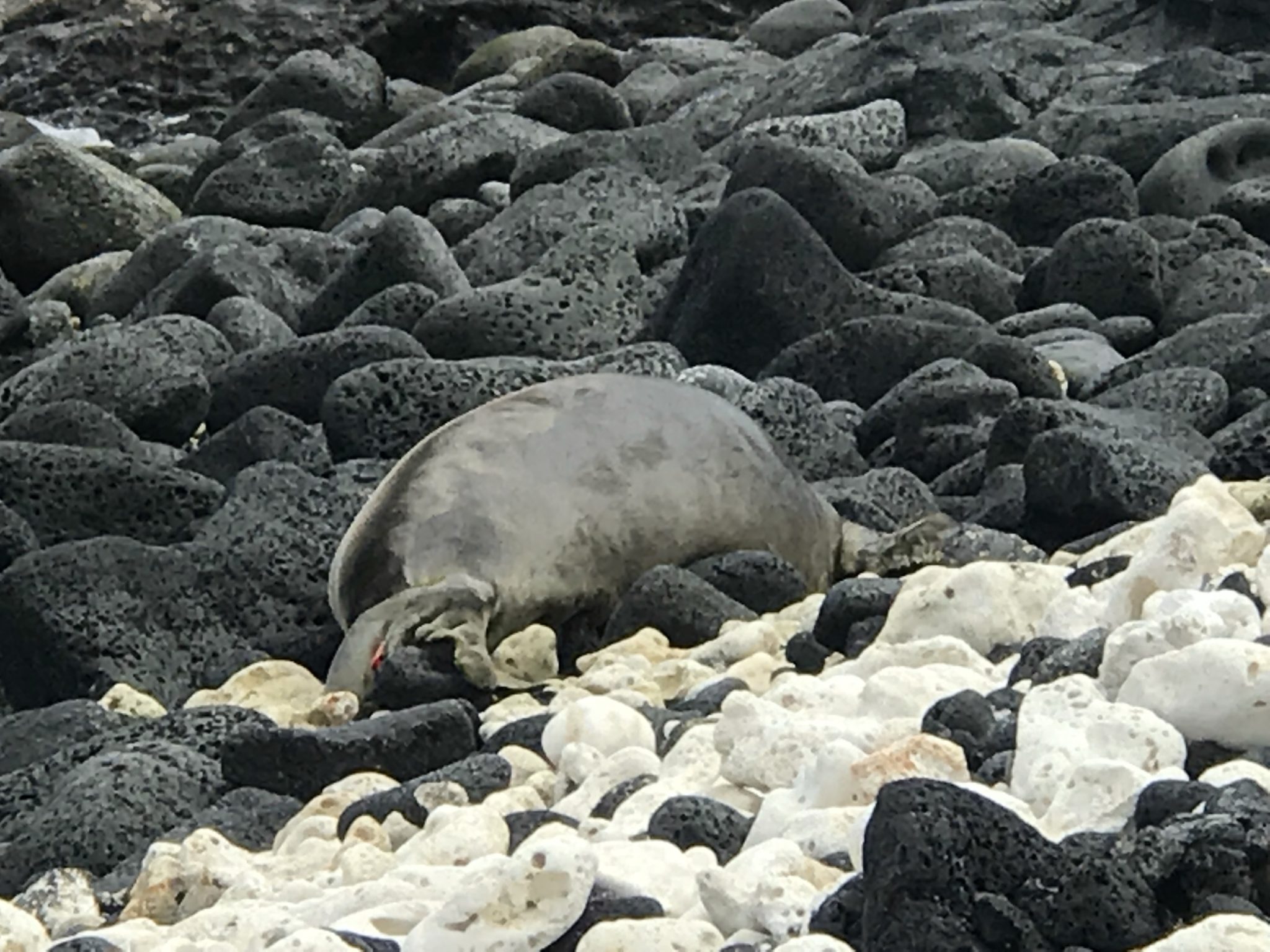 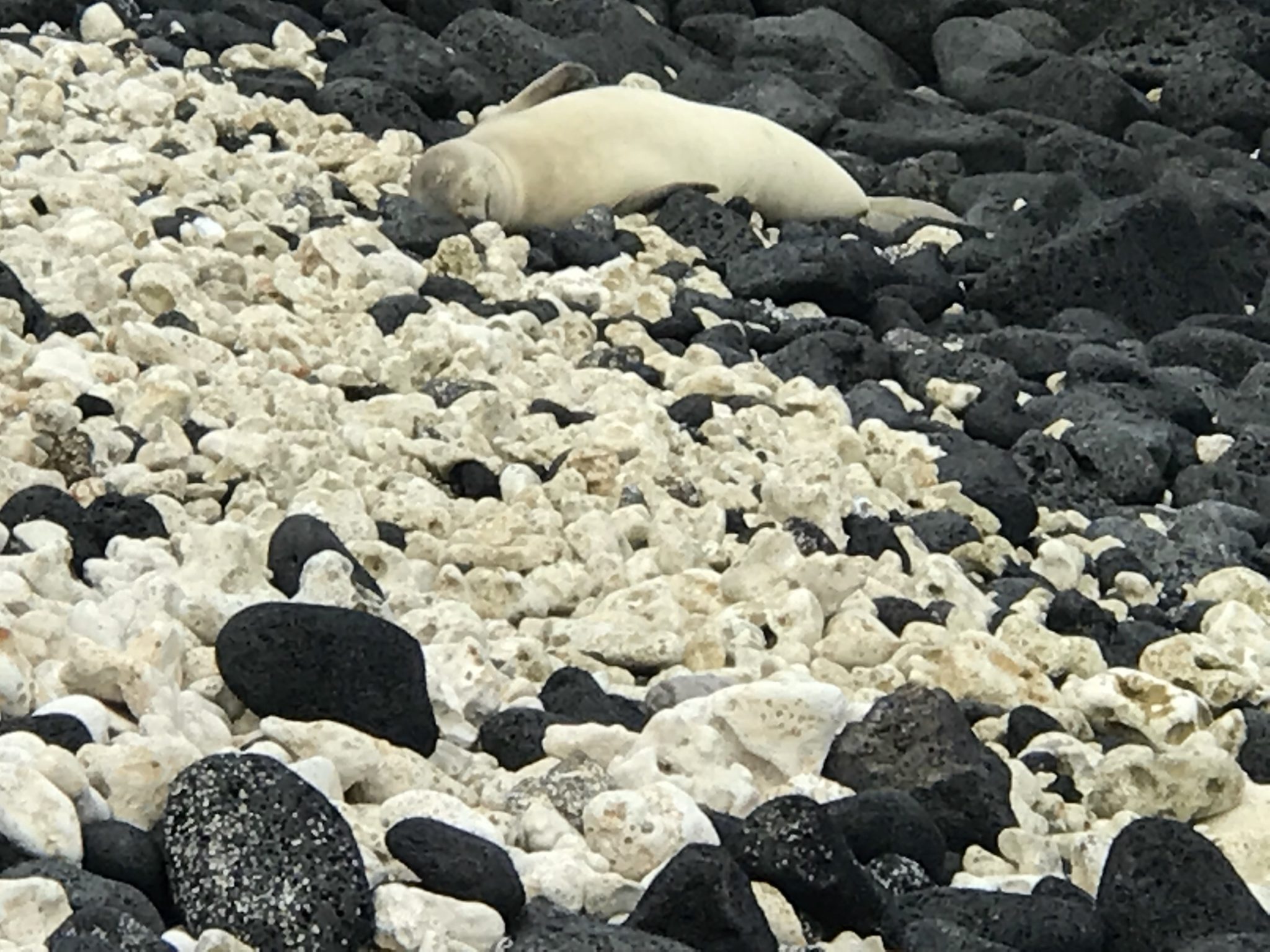 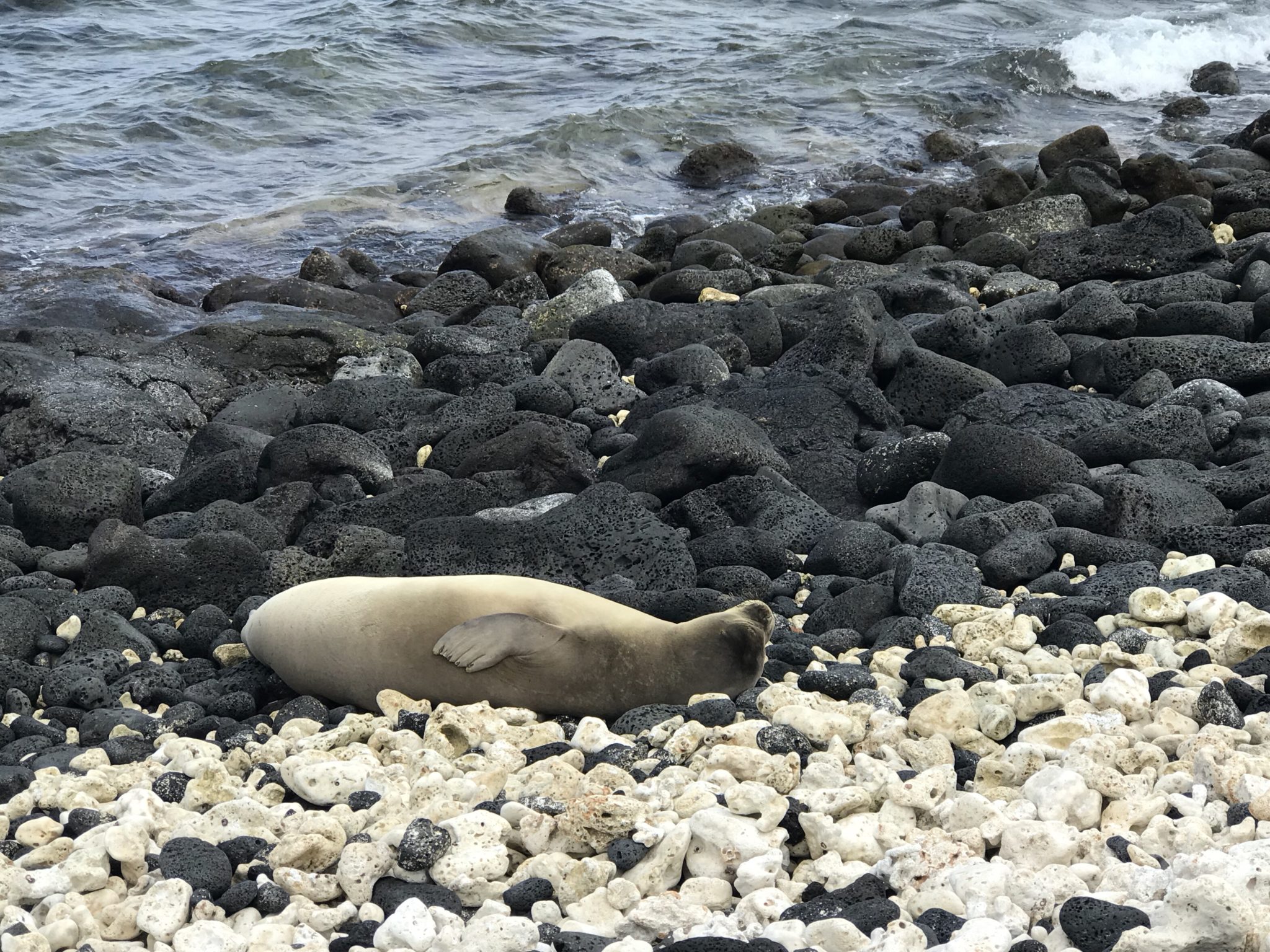 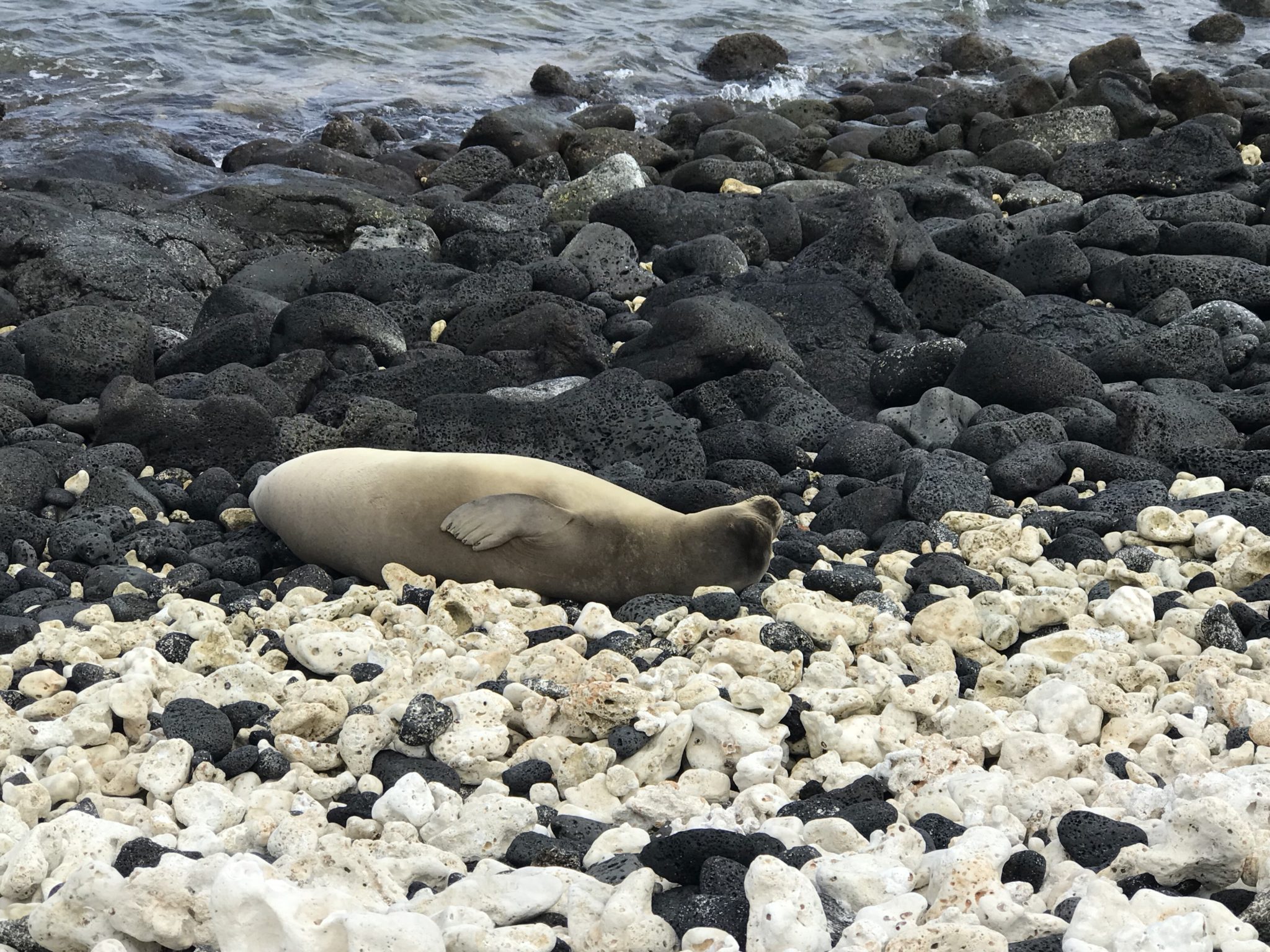 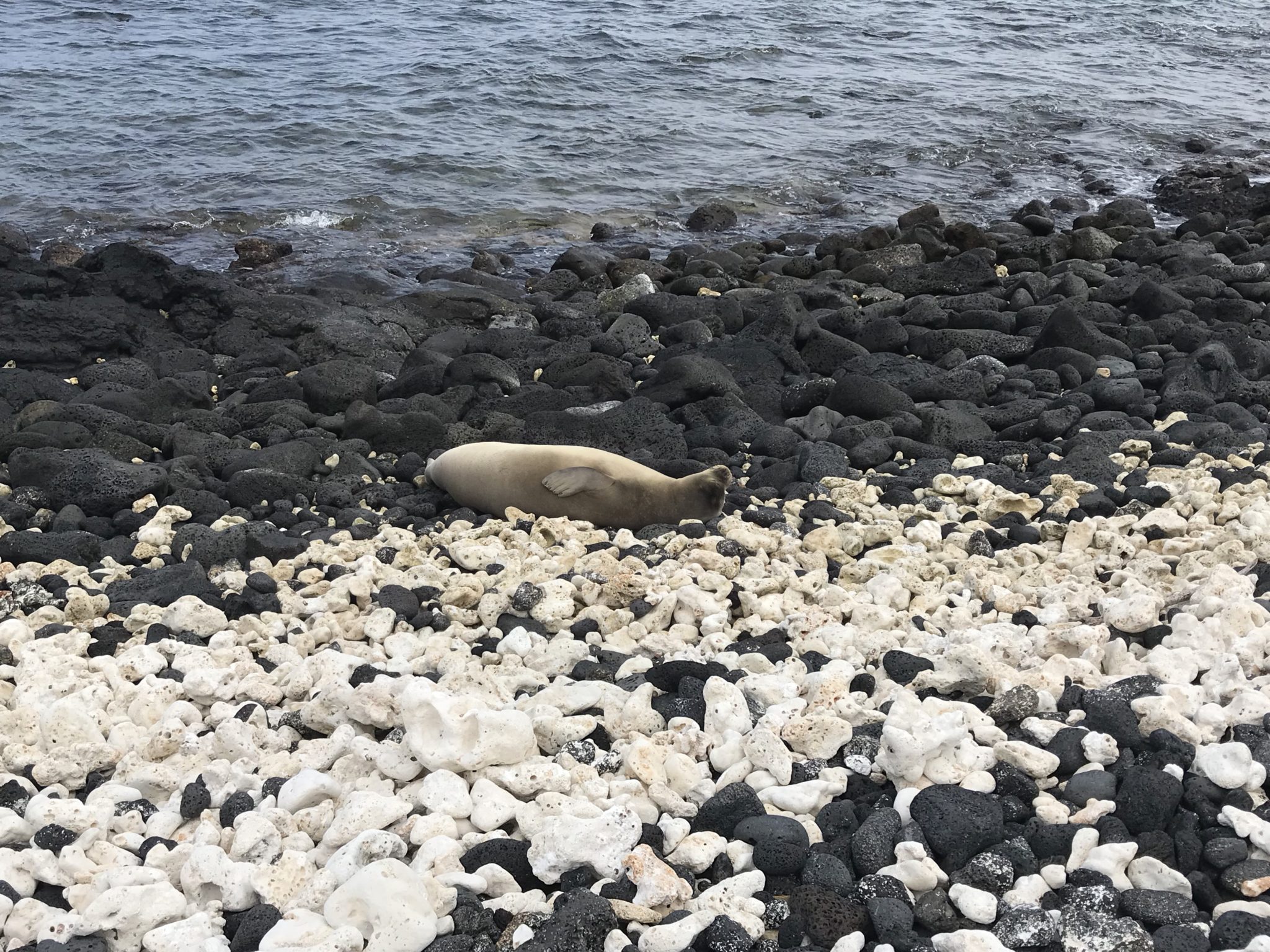 The beach cleanup was a wake up call as I noticed there was a-lot of trash that was negatively impacting the environment due to humans being to lazy or super inconsiderate to not pick up all their own trash. This makes me want to do more for the environment. Especially with the sight of a beautiful endangered monk seal, the wake up call became more serious as monk seals are numbered only in the thousands. We want to conserve monk seals and with trash everywhere we run the chance of hurting monk seals. Monk seals are very curious and will mess with unknown objects to figure what they are. So we want to make sure the seals are playing with anything but trash, plastic, and marine debris.

After the beach cleanup our group headed for our Mount Kea expedition. This mountain is 18,000 feet high. Mount Kea is an active volcano and with Hawaii’s positioning and geology the mountain even goes undersea. This was a trek up the mountain. However once up there the view was amazing. Above the clouds we viewed the sky from a once in a lifetime position. After viewing at the summit with all the observatories we moved down about a thousand feet, set up a telescope, sipped hot chocolate, and after sunset we viewed the planets and stars. Personally my favorite was Saturn. The telescope we were using was so strong we could see all Saturn’s moons and rings. Yeah its cool I saw Saturn but my real reason for liking it so much was that it reminded me of my favorite Star Wars planet. The ringed planet Geonosis. The elevation must’ve gotten to us as we all were passed out asleep on the ride home. 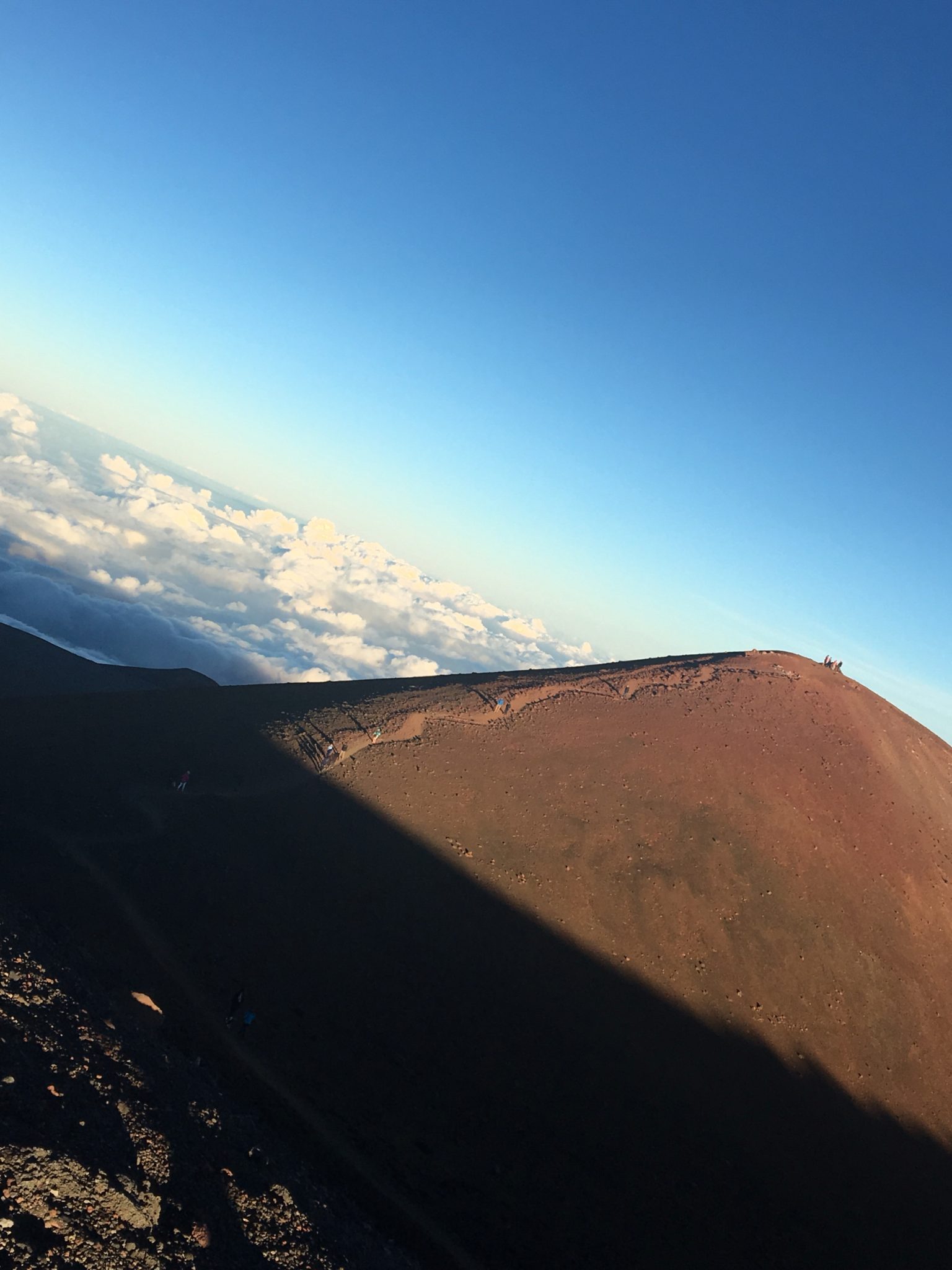 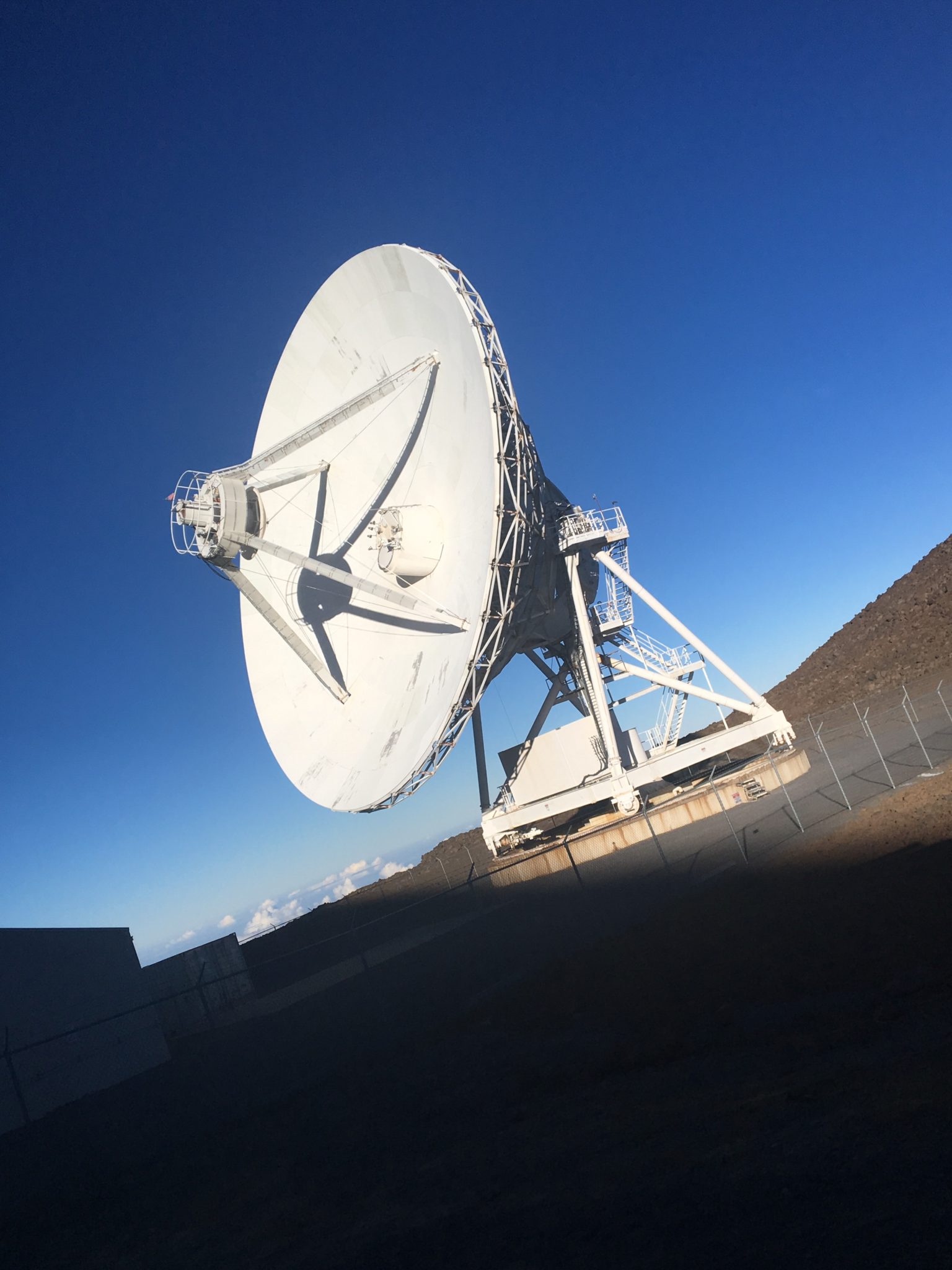 Tomorrow I look forward to my last time in Hawaii and making the final Hawaiian memories with my close friends.